Microsoft Exchange servers are getting hacked via ProxyShell exploits – BleepingComputer 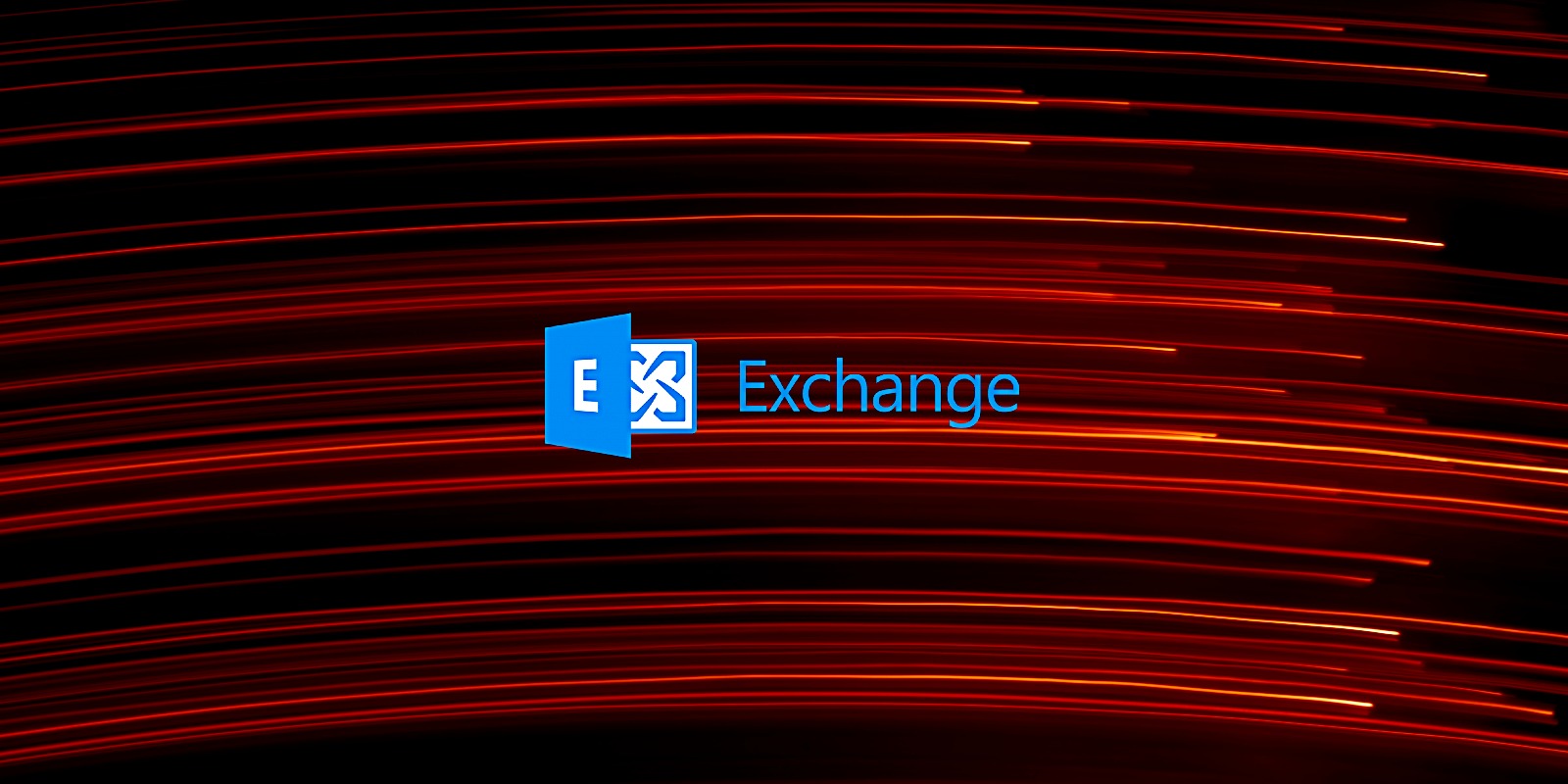 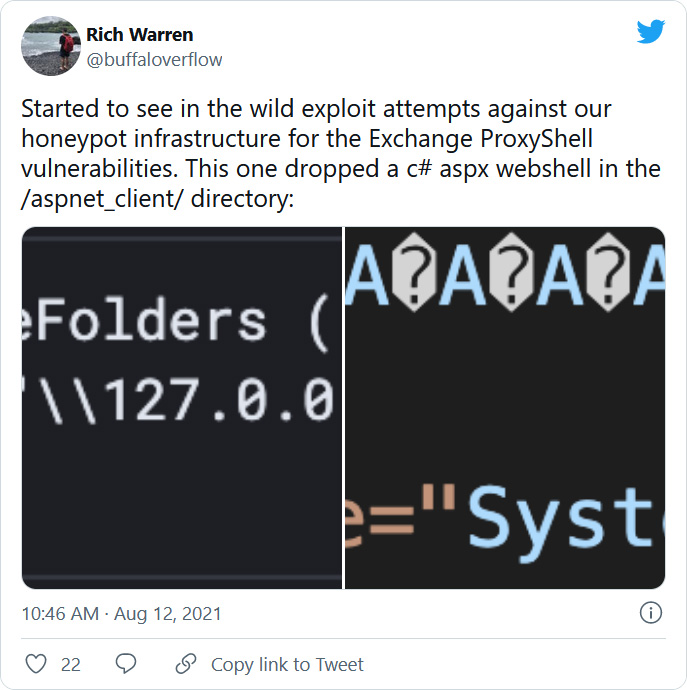 When exploiting Microsoft Exchange, the attackers are using an initial URL like:
Note: The email address listed in the URL does not have to exist and change between attackers.
The exploit is currently dropping a webshell that is 265KB in size to the ‘c:inetpubwwwrootaspnet_client’ folder.
Last week, Jang explained to BleepingComputer that 265KB is the minimum files size that can be created using the ProxyShell exploit due to its abuse of the Mailbox Export function of Exchange Powershell to create PST files.
From a sample shared by Warren with BleepingComputer, the webshells consist of a simple authentication-protected script that the threat actors can use to upload files to the compromised Microsoft Exchange server.
Warren said the threat actors use the first webshell to upload an additional webshell to a remotely accessible folder and two executables to the C:WindowsSystem32 folders, listed below:
If the two executables can’t be found, another webshell will be created in the following folder as random-named ASPX files.
The attackers use the second webshell to launch the ‘createhidetask.exe,’ which creates a scheduled task named ‘PowerManager’ that launches the ‘ApplicationUpdate.exe’ executable at 1 AM every day.
Warren told BleepingComputer that the ApplicationUpdate.exe executable is a custom .NET loader used as a backdoor.
«ApplicationUpdate.exe is the .NET loader which fetches another .NET binary from a remote server (which is currently serving a benign payload),» explained Warren.
While the current payload is benign, it is expected to be swapped out with a malicious payload once enough servers are compromised.
Cybersecurity intelligence firm Bad Packets told BleepingComputer that they currently see threat actors scan for vulnerable ProxyShell devices from IP addresses in the USA, Iran, and the Netherlands.
The known addresses are:
BadPackets also said that the email domains used in the scans have been from @abc.com and @1337.com, as shown below.
Now that threat actors are actively exploiting vulnerable Microsoft Exchange servers, Beaumont advises admins to perform Azure Sentinel queries to check if their devices have been scanned.
For those who have not updated their Microsoft Exchange server recently, it is strongly recommended to do so immediately.
As the previous ProxyLogon attacks led to ransomware, malware, and data theft on exposed servers, we will likely see similar attacks using ProxyShell.
Microsoft Exchange servers scanned for ProxyShell vulnerability, Patch Now
Microsoft fixes Windows Print Spooler PrintNightmare vulnerability
Microsoft August 2021 Patch Tuesday fixes 3 zero-days, 44 flaws
Microsoft’s incomplete PrintNightmare patch fails to fix vulnerability
Microsoft confirms another Windows print spooler zero-day bug
Not a member yet? Register Now
Accenture confirms hack after LockBit ransomware data leak threats
Microsoft confirms another Windows print spooler zero-day bug
To receive periodic updates and news from BleepingComputer, please use the form below.
Terms of Use – Privacy Policy – Ethics Statement
Copyright @ 2003 – 2021 Bleeping Computer® LLC – All Rights Reserved
Not a member yet? Register Now
Read our posting guidelinese to learn what content is prohibited.