The popular VPN service NordVPN has rolled out an update to add native support for Apple silicon Macs. 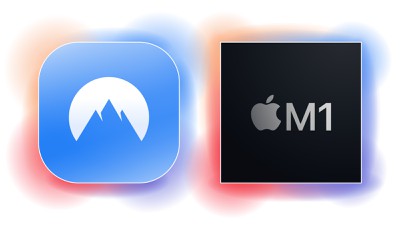 As of version 6.6.1, NordVPN natively supports Apple silicon Macs, such as the MacBook Air, 13-inch MacBook Pro, Mac mini, and 24-inch iMac, which each sport the M1 chip.
Although the update started to roll out on August 3, a blog post by Nord has today announced that the 6.6.1 update is now fully available via the App Store and the NordVPN website, where the app is available for download.
While the VPN app previously ran on Apple silicon Macs via Rosetta 2, which translates apps made for Intel Macs so that they work on Macs with the ‌M1‌ chip, the new native version of the app is able to run more efficiently without the need for Rosetta 2. The new version of the app is universal, meaning that it can run on both Intel and Apple silicon architectures.
The update comes ahead of the widely-anticipated launch of new Apple silicon Macs, such as 14 and 16-inch redesigned MacBook Pro models. NordVPN version 6.6.1 is now available via the ‌App Store‌ and the NordVPN website.
iOS 15 is available as a public beta. Here’s how to install it.
macOS Monterey is now in public beta. Here’s how to install it.
MagSafe Battery Pack support, the ability to merge two existing Apple Card accounts, HomePod timer management in the Home app, and more.
Learn all about Apple’s new location trackers.
New features for FaceTime calls, tools to reduce distractions, a new notifications experience, added privacy features, complete redesigns for Safari, Weather, and Maps, and more.
Updates for Safari, FaceTime, and many other apps, Universal Control to let a single mouse or trackpad control multiple devices, new Shortcuts app, machine-learning Live Text detection and Visual Lookup, and more.
Redesigned with flat edges, Apple silicon, more ports, improved display, no Touch Bar, and the return of MagSafe charging.
Rumored design changes include shorter stems like current AirPods Pro, but without advanced features like active noise cancellation.