This coming Wednesday, August 18, my office will be hosting Mobile Casework Hours at the Second Ave Subway 72nd Street Station (72nd Street & Q Street) from 12-1PM. Staff will be there to answer questions and provide help with federal agencies. 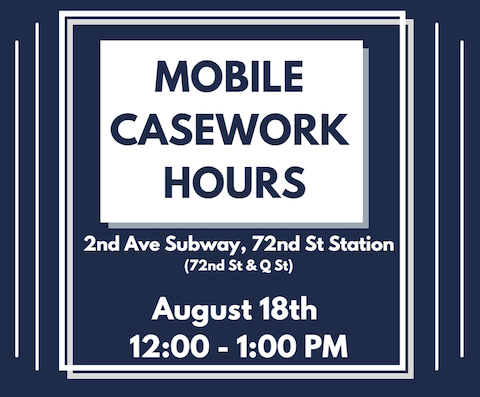 Also next week, I am hosting our next virtual Coffee with Carolyn on Friday, August 20 from 8-9AM. RSVP here for the link. 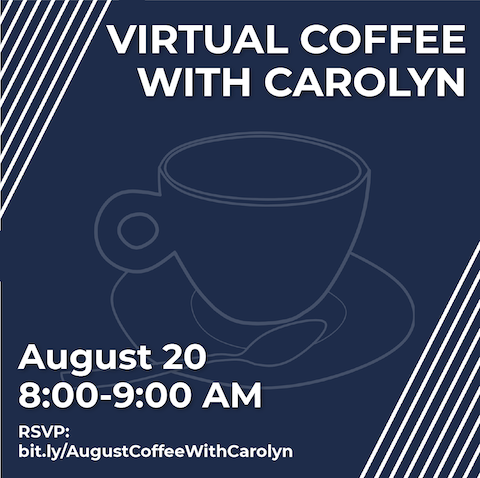 This past week, a federal court upheld key parts of the Oversight Committee’s subpoena for financial information from former President Trump and his businesses and the Census Bureau released the 2020 Census redistricting data. I also introduced legislation which would posthumously award Mahatma Gandhi a Congressional Gold Medal, the highest civilian award in the United States.

In case you missed it, you can read this week’s NY-12 COVID-19 Vaccination and Recovery Update here.

More on these and other updates below.


Win for Transparency & Accountability
On Wednesday, the U.S. District Court for the District of Columbia upheld key parts of the Oversight Committee’s subpoena for financial information from former President Trump and his businesses.

Former President Trump’s opaque financial dealings led to an unprecedented federal ethics crisis. This week’s district court opinion recognized that the Oversight Committee is entitled to a broad set of President Trump’s financial records as part of our critical investigation aimed at preventing presidential conflicts of interest, self-dealing, and constitutional violations. I am pleased that the Court found that the Committee is entitled to eight years of financial information from Mazars related to President Trump, the Trump Organization, and the Trump Old Post Office Hotel, as well as a broader set of information from the first two years of Trump’s presidency. While it is disappointing that the Court, despite finding that the entire subpoena served valid legislative purposes, narrowed the subpoena in some respects, the Committee is actively considering next steps.

You read more about the case and decision here.


Release of 2020 Census Redistricting Data
Yesterday’s release of 2020 Census redistricting data marks the final stage of the largest and most digitally advanced census in our nation’s history. The data released will drive the distribution of more than $1.5 trillion in federal funding to states and communities and determine the redrawing of legislative districts at every level of government, from Congress to local school boards.

The 2020 Census faced unprecedented challenges, including a global pandemic and repeated efforts by the Trump Administration to weaponize the census for political gain. I am proud of the role the Oversight Committee played in defeating President Trump’s attempts to illegally add a citizenship question, to exclude immigrants from the count in violation of the Constitution, and to rush the Census despite the serious risk of errors.

I also applaud the career staff at the Census Bureau for navigating through these challenges with dedication and professionalism, for their commitment to providing accurate and objective census data as the Constitution requires, and for working to provide this data ahead of the Bureau’s expected schedule.

I would encourage every American to log on to www.census.gov and check out census data for your community.

Mahatma Gandhi’s historic Satyagraha (Sanskrit for “soul-force”) movement of nonviolent resistance inspired a nation and the world. His example energizes us to devote ourselves to the service of others. His legacy inspired civil rights movements around the globe, from Martin Luther King Jr.’s movement for racial equality to Nelson Mandela’s fight against apartheid. As a public servant, I am inspired everyday by his courage and example. We should all follow Gandhi’s directive to “be the change you wish to see in the world.”

This coming Tuesday, August 17 at 5PM, I am hosting a virtual Back to School Town Hall with Councilmember Mark Levine. RSVP here to receive dial-in information. 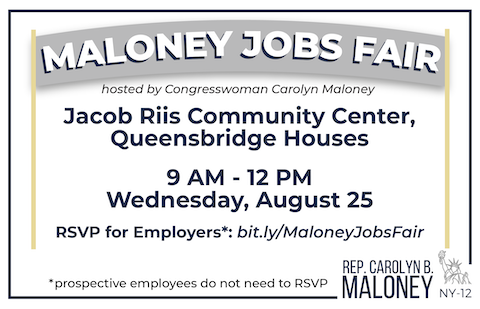 I am hosting a jobs fair on Wednesday, August 25 from 9AM-12PM at the Queensbridge Jacob Riis Center (10-25 41st Ave.). I hope you can join us. If you are an employer interested in participating, please fill out this form. No RSVP necessary for prospective employees.

As always, your concerns still and always remain my top priority. Please do not hesitate to email me through my website.

If you have friends who you think should be receiving my newsletters, tell them they can sign up here.